What is a zebra crossing?

A zebra crossing features a series of black and white stripes painted across a road (a bit like the markings of a zebra). Sometimes, these crossings are raised to be level with the pavement. Zebra crossings also have round, amber-coloured lights at either side, mounted on black and white-striped poles. These are called Belisha beacons, named after Leslie Hore-Belisha, the Minister for Transport who introduced them in 1934. While the beacons were previously traditional lamps, on newer crossings they have been replaced by rings of LEDs, which are more visible, and more energy efficient.

How do pedestrians cross at a zebra crossing?

A zebra crossing is the only crossing where the pedestrian automatically has the right of way once they have stepped out. The Highway Code advises that pedestrians allow traffic plenty of time to see them before starting to cross and to keep looking while crossing, just in case a vehicle attempts to overtake a stationary vehicle. If there is an island in the middle of the crossing, each half should be treated as a separate crossing and the same rules should be followed.

How should a driver approach a zebra crossing?

With Belisha beacons, drivers should see the crossing well in advance. They should approach with caution and be aware that traffic may come to a halt, as vehicles closer to the crossing could stop to let someone cross. When stopped at a crossing, drivers should allow any pedestrians to reach the other side of the crossing before moving off. 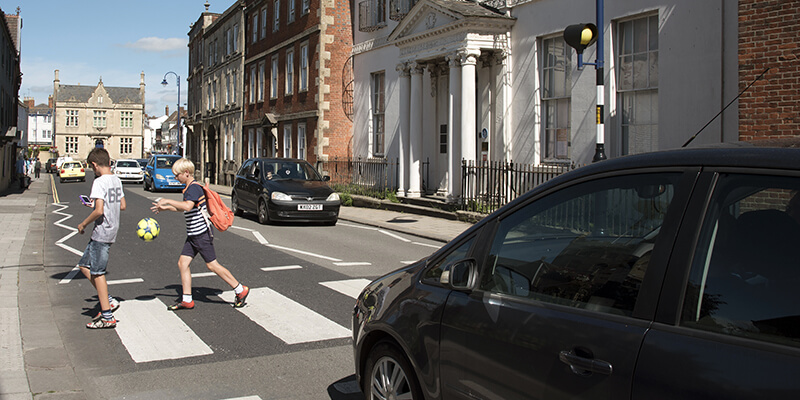